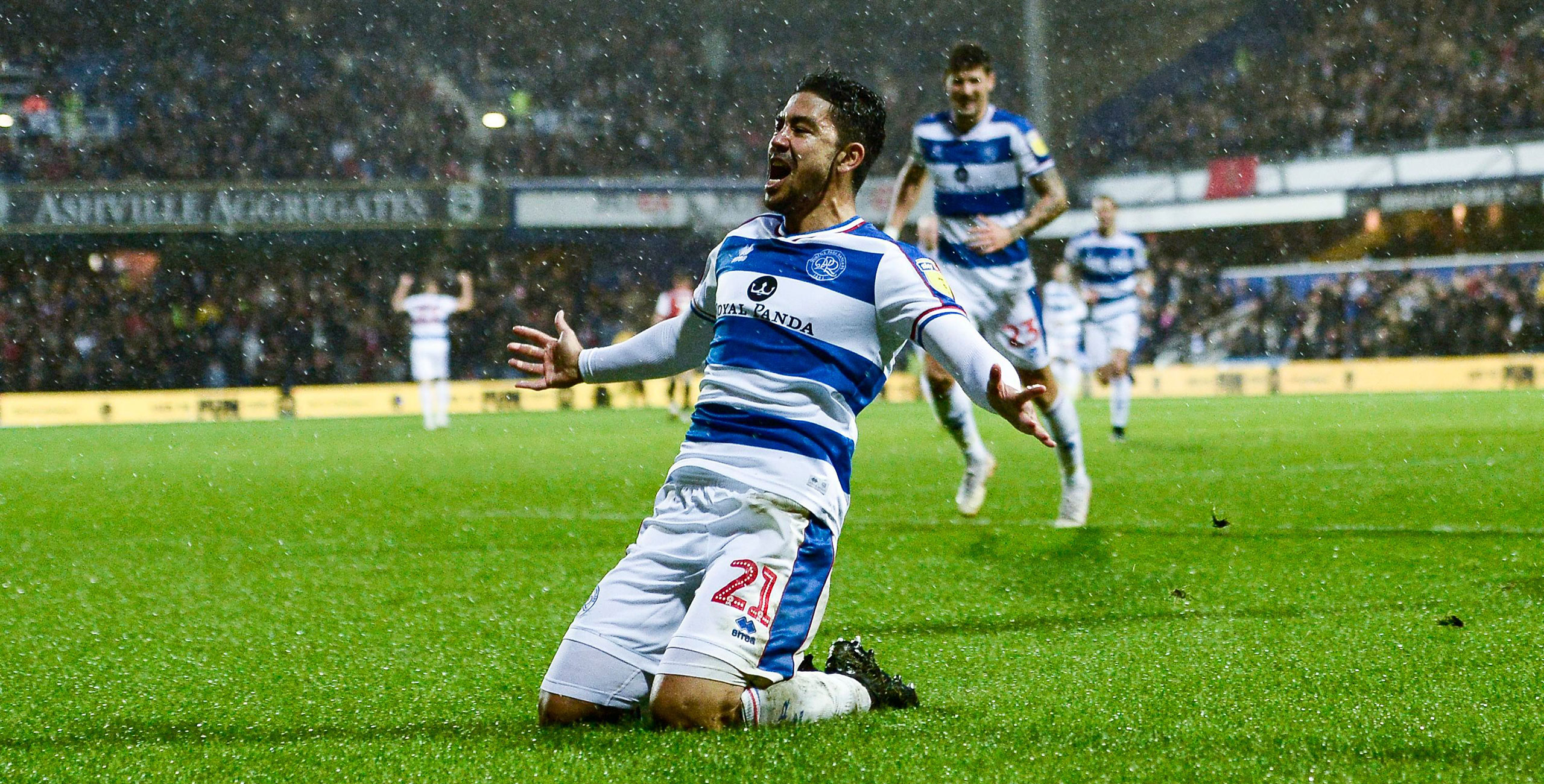 GET IN! Rangers win 3-2 in the derby as goals from Luongo, Lynch and Wells see Steve McClaren's side come from behind to claim victory. Neal Maupay handed Brentford a first-half lead before Luongo equalised five minutes after the restart. Lynch then made it 2-1 from close range before Wells fired in a third moments later. However, a goal nine minutes from time from Henrik Dalsgaard set up a nervy finish as QPR held on to record the win.

First QPR change as goalscorer Nahki Wells is replaced by Jordan Cousins for the closing stages.

Final change for Brentford as Said Benrahma is replaced by Josh Clarke as he goes off on a stretcher.

Brentford pulls a goal back as Henrik Dalsgaard gets the better of QPR and scores on his left foot from 12-yards. Rangers still lead 3-2.

Josh McEachran is replaced by Pelenda Da Silva for the visitors.

Ebere elects for power but it's a few inches too high and goes over the bar into the Loft end.

Eze wins a free-kick in a very dangerous area. In the D 20-yards from goal.

Wells and Freeman combine but Luke's effort only finds the side netting.

The R's win another corner as the attacks continue.

Nahki Wells is booked or a foul on Nicholas Yennaris.

Canos plays Benrahama in and it's a superb save from Lumley to deny him.

We'd barely settled after Lynch's goal and it's 3-1 to QPR as Pawel Wszolek does brilliantly to pick out Nahki Wells and following a defensive mistake from Brentford he finishes past Bentley.

QPR clear the danger and are back in possession.

Excellent covering tackle from Bidwell to stop Canos but it's  a corner to the visitors.

Brentford hit back at the other end as Said Benrahama goes past Rangel and strikes but Lumley palms away.

QPR are level, it won't win goal of the season but they all count. The corner was cleared but Rangers keep going and Freeman's shoot/cross is denied by Bentley but it hits a Bees defender and falls to Luongo who side-foots home from close range. Get in!

Rangers win a corner as Wszolek's cross is turned behind.

QPR give the ball away int he middle third of the pitch and Canos gets in behind before shooting wide.

Back underway at Loftus Road as Brentford get the match restarted. Come on you R's, let's do this!

The half-time whistle goes and it is the visitors who lead through Neal Maupay's first-half header at a soaked Loftus Road.

Neal Maupay is replaced by Alan Judge for Brentford.

Maupay has been getting treatment for a good five or so minutes as the stretcher comes on and he receives oxygen. Looks very unlikely the goalscorer will be able to continue.

Maupay has been down for a few minutes getting treatment.

There will be one minute of added time at the end of the first half.

Off the line as Freeman's free-kick bobbles around and Lynch at the back post can't quite turn it in as the Bees clear.

Luongo takes aim from distance but it doesn't trouble Bentley who gathers.

Bentley tries to come and claim Freeman's free-kick and spills it to Leistner but he charges down Toni's follow-up as the Bees escape.

Brentford take the lead and Benrahma's long-range effort is saved by Lumley but he can only push as far as Neal Maupay who heads home from close range.

Freeman gets booked for a tackle on Sergi Canos.

QPR putting pressure on Brentford as Bidwell fires the ball across but Brentford half clear and Cameron flashes wide from the edge of the box. QPR go close.

QPR keeper Lumley claims the corner and sets Eze forward as Wells shoot seems to take a deflection but no corner is awarded.

QPR struggle to clear their lines and it's a corner to Brentford.

Bentley fluffs his clearance only as far as Eze who can't get his shot away so plays in Wells but his effort flash across the six-yard area.

QPR caught out as Brentford break and Sergi Canos sees his effort right in the corner pushes behind for a corner.

QPR get the derby underway as Eberechi Eze takes the kick-off. Come on you R's!

Loftus Road pauses to remember the fallen in conflicts around the world for two minutes.

Toni Leistner leads the R's out at Loftus Road. 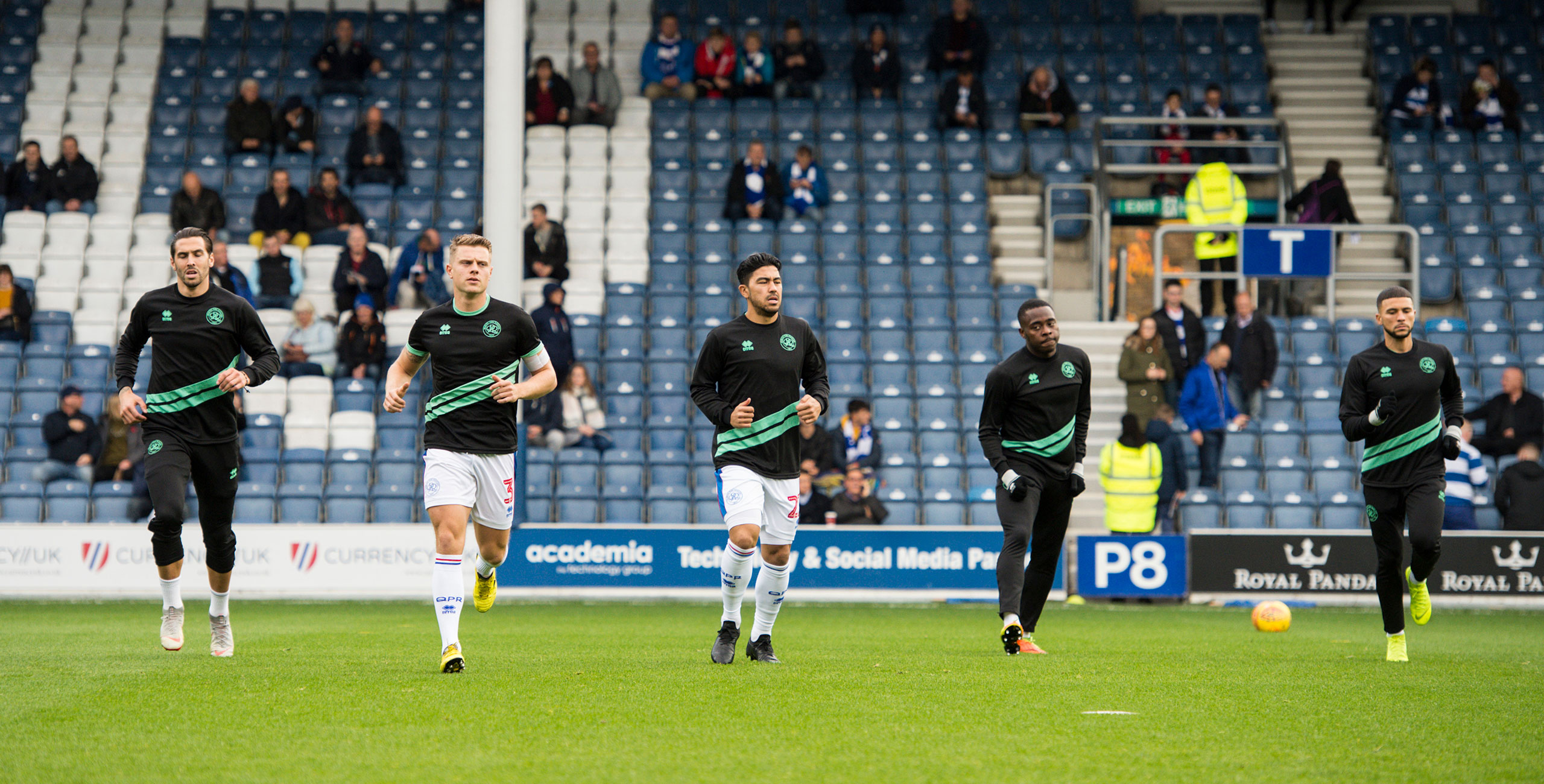 It's an unchanged starting XI for our trip to @QPR #QPRBRE | #BrentfordFC pic.twitter.com/snFLYCGZpa 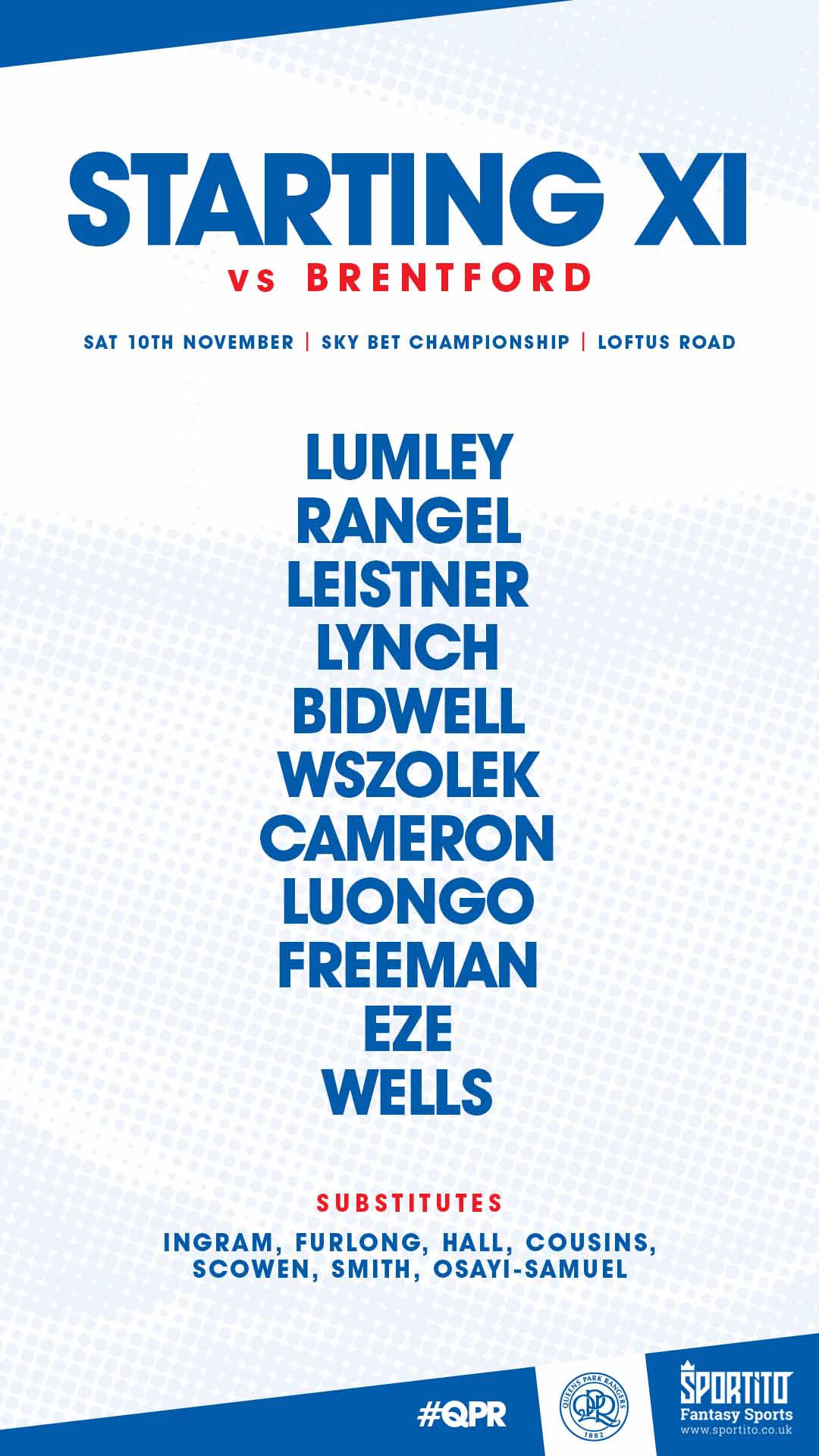 QPR make one change to their starting line-up this afternoon as Geoff Cameron returns to fitness and replaces Josh Scowen. 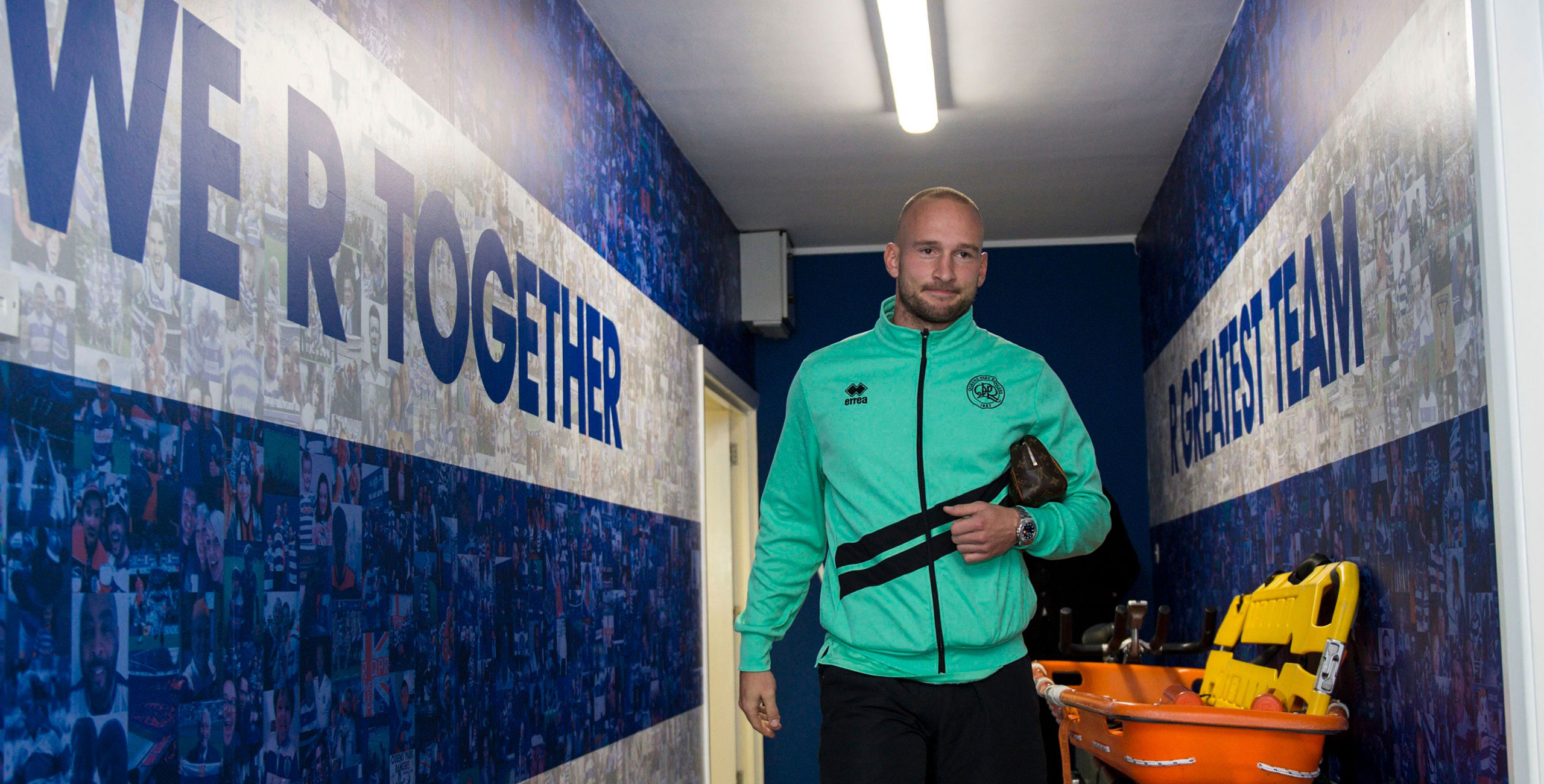 The lads are starting to arrive ahead of today's match in W12. We will have team news at 2pm. For the next 48 hours there's 🔟% off our brand new Lifestyle range in store and online.